Why is the Village of Elburn considering placing a funding proposal on the November 2022 ballot?
The Village seeks to fund construction of a new police station that enables officers to respond quickly to calls and secure, process, book and hold detainees in a manner that does not put the public or the Police Department’s staff at risk.

Why do we need a new police station?
The simple answer is safety. The current 1,875 sq. ft. station, located within Village Hall, is significantly undersized and lacks security. The station does not meet the minimum standards to protect the public, police officers and staff. The facility also poses many potential liabilities for the Village. Below are additional details regarding the challenges that the Village’s undersized police station poses:

What are the biggest problems with the current police station?
The biggest challenges include the lack of a licensed holding facility, an inadequate booking area, insufficient space for long-term records and evidence storage, no on-site armory to properly secure weapons and ammunition, escape risk and safety issues given the layout of the station, no secure sally port for safely bringing detainees into and out of the station, a lack of space for processing and securing vehicles for evidence and overcrowded workspaces.

What about converting an existing building into the police station?
Other options have been carefully vetted but no better alternatives have been identified. For example, renovating the Community Center downtown to be used in part for the police station would be significantly more expensive than constructing a new station.

Where is the proposed location of the new police station?
The proposal calls for the new Elburn police station to be located on Village-owned property on Anderson Road south of Keslinger Road, near the water tower. There are two baseball fields, a soccer field, and a gravel lot on the property. The sports fields and parking would remain. This central location provides access to two major roadways that are uninterrupted by the railroad. In addition, the site already has access to utilities.

Would a new police station help with the recruitment of police officers?
Yes. A new, safe, modern police station would improve recruitment and retention of law enforcement professionals. This is currently a serious challenge for most municipalities, including Elburn.

Why is this project urgent?
A recent study by the Northern Illinois University Center for Government Studies found the need for a new police station to be the most pressing issue facing the Village of Elburn. Legal liability is also a growing concern given the many risks posed by the size and layout of the existing station. In addition, given construction inflation, the longer the Village waits to construct a new police station, the more it will cost.

If approved by voters this fall, when would the police station be completed
The goal is to have the new facility operational by the end of 2024. 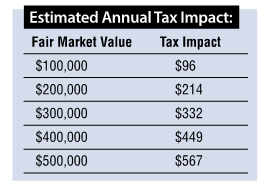 If approved by voters, would community updates be provided?
Yes. The Village would provide project updates via in-person community information meetings and on its website.

Village of Elburn © 2022 All Rights Reserved.